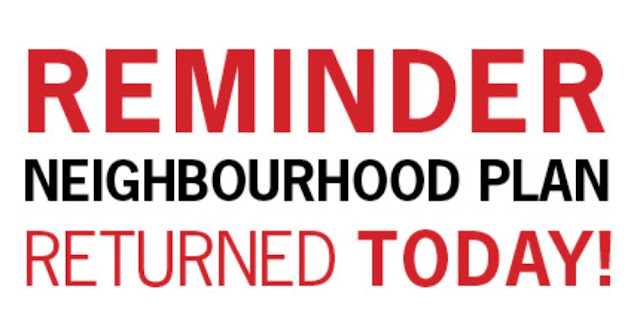 Just to remind you that the completed Neighbourhood Plan questionnaire has to be returned TODAY to the Framlingham Town Council Offices, Riverside, Framlingham IP13 9AG.

FRAm would like to draw members’ attention to the fact that the Neighbourhood Plan needs to be evidence based, and reflect the opinions of the local residents. The scale and location of new housing development sites is one of the key decisions within this plan. Indeed, it is perverse that Mount Pleasant is included as a development site given that it came behind both Victoria Mill Road and the Sports Club in the consultation results. Suffolk Coastal District Council rejected the Mount Pleasant application in February this year and 100’s of residents have registered their objection to development on the site.

The chairman of the Neighbourhood Plan Steering Group, John Jones, is quoted in the EADT saying "...any votes of ‘no’ were not used in the formation of the draft plan, but that other numerical rankings on the same form would still have been used."
He also said: “It was important that we got a ranking from highest to lowest so we knew people’s preferences. If someone said no to the whole page it was a spoilt vote.”
Of the 286 responses received in the consultation, Mr Jones confirmed around 40 were classed as spoilt votes.

The consultations held at Sir Robert Hitcham's Primary School on 30 April and 1 May in which residents were asked to simply state yes or no in favour of development at the 11 sites, was also not included in the formation of the draft plan. So if you are one of the 150 people who attended those evening sessions and thought you'd had your input to the Neighbourhood Plan you wasted your time as your vote was ignored.
You can download a copy of the Neighbourhood Plan and the Questionnaire here:
https://gallery.mailchimp.com/4b7e58442edd492d51c478ba8/files/NP_PSCD.pdf

Don't Delay - You have to do it today!

If for any reason you are finding it difficult to answer the questionnaire or do not have a copy or enough copies (remember, it's one form per resident), then please get in touch and we will try to help:
framresidents@gmail.com
Continue to help us make a difference.
Posted by John Brassey at 02:08 No comments: